The Dubuque Museum of Art seeks to excite, engage and serve diverse communities within the Tri-State area through our collections, exhibitions and educational programs. We connect generations of people to their cultural heritage and exceptional art.

The Dubuque Museum of Art will be a leading cultural organization and a dynamic community hub. While enhancing our collections and exhibitions, we will foster lifelong learning and engagement with the arts to have a lasting impact on the quality of life in the Tri-State area.

1. Art has the power to change lives.

2. We base our efforts and relationships on trust, integrity, respect and accountability.

3. We adhere to professional ethics and museum standards in all operations and seek to maintain a high standard of artistic excellence.

4. We seek mutually beneficial partnerships to advance the role of the arts within our community.

5. We seek to be inclusive of diverse communities, cultures and ideas.

6. We seek to support and bring recognition to artists in our region.

The Dubuque Museum of Art, the oldest cultural institution in the State of Iowa, was founded over 140 years ago as the Dubuque Art Association. The Association’s first recorded meeting was on February 24, 1874, at the Lorimer House, then located at 8th and Bluff Streets in Dubuque. The Art Association was organized by a progressive group of community leaders who opened Association membership to the public and collected subscriber’s fees to purchase art. The Association’s visibility was increased by holding public art exhibitions of the purchased art in a variety of locations throughout the city. A complete listing of the Association’s founding subscribers has not survived; however, records show that the following individuals helped shape its growth in the early to mid-20th century: Kate VanDuzee, Louise Halliburton, Adrian Dornbush, Dorothy Bechtel Rossiter, and Grant Wood.

Over the years, the Association was located in various private homes in Dubuque through 1904, then relocated to Carnegie-Stout Public Library, The Barn (Slattery Center), and the Old County Jail on 8th Street. The Association’s first full-time director was hired in 1987, and the Dubuque Art Association changed its name to Dubuque Museum of Art in 1996. In 1999 the Museum opened its current state-of-the-art facility on the corner of 7th and Locust Streets.

The Dubuque Museum of Art is fortunate to have a rich permanent art collection of approximately 2,200 works, including one of the world’s largest collections of Grant Wood art. The Museum is also home to a rare and complete collection of Edward S. Curtis’ photogravures of The North American Indian and is the repository for the work of world-renowned artist, etcher, and illustrator Arthur Geisert.

Accredited by the American Alliance of Museums in 2005, the Museum strives to be responsive to artists within the region as well as to the general community through a variety of temporary exhibitions, gallery tours, outreach programs, and educational classes and parent/child initiatives. 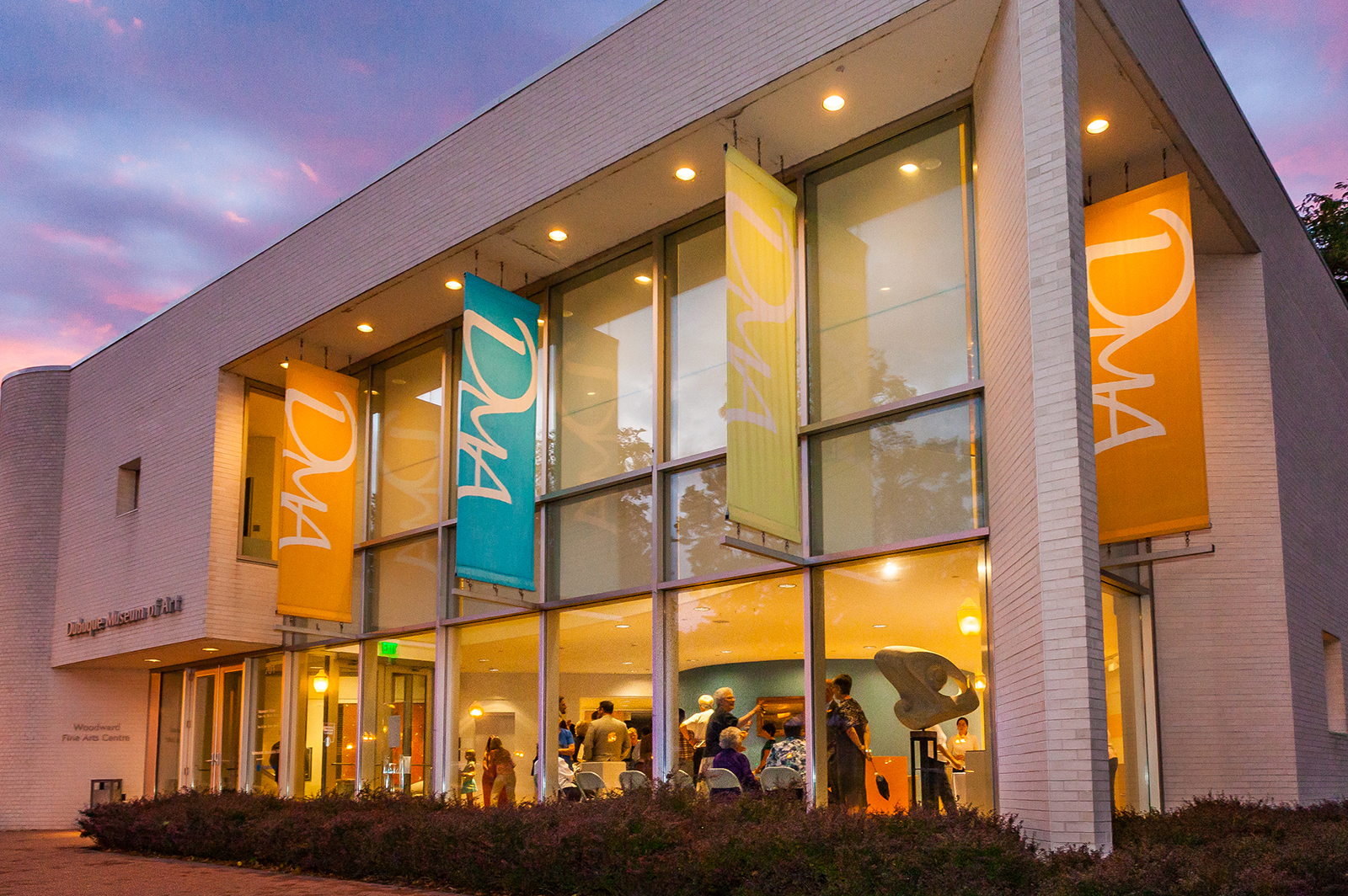