2018-Jan-28 Diamonds in the Snow by Charles Burchfield 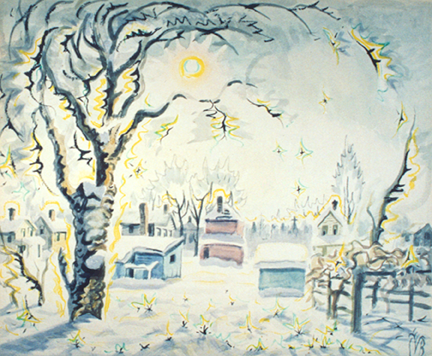