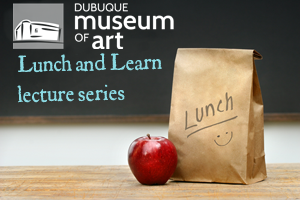 The series is free to Museum members and $5 for non-members.

Why did O’Keeffe choose the subjects of nature such as trees, leaves, flowers, apples, and corn? During her early career, beginning in 1918 until 1928, O’Keeffe spent part of the summer and fall painting at Lake George, a thirty-mile-long lake in the Adirondack Mountains of upstate New York. Lake George was the family estate of Alfred Stieglitz, whom she married in 1924. The tendency when looking at Georgia O’Keeffe’s life is to focus on her time in New Mexico – this program provides the connection between Lake George and O’Keeffe’s flowers. At the core of her art and her life was her devotion to the natural world. Already by 1916, O’Keeffe had studied at the School of Art Institute of Chicago, the Art Students League in New York, and Columbia University Teachers College. Her paintings are about her reactions to the world around her. Arthur Dove’s writing and theory led her to abstraction. Learn how O’Keeffe admires Luther Burbank’s work pioneering the hybridization of plants to achieve larger blossoms and diversity of form and color. In her lifetime, she will paint over 200 images of flowers. O’Keeffe’s botanical works debut in the mid-1920s, at the same time when she was engaged in the practice of cultivating flowers at Lake George. View other natural artwork from the era of Lake George that includes fruits, trees, leaves, and corn in a period of extraordinary creativity.

O’Keeffe and her husband Alfred Stieglitz were inspired by their environment. From 1918 to 1930, O’Keeffe painted at least two dozen scenes of New York. Her early works are from a pedestrian point of view. In late 1925, O’Keeffe and Stieglitz moved to the upper floor of the Shelton Hotel. It was the first setback skyscraper in New York and from the windows; O’Keeffe had a bird’s eye view of the city. Gallery 291, Intimate Gallery, and American Place, galleries of Alfred Stieglitz, provides exhibitions for O’Keeffe. In O’Keeffe’s paintings of Manhattan’s towering skyscrapers Stieglitz’s influence is evident. It is nearly impossible to talk about the work of either O’Keeffe or Stieglitz without mention of the other. The personal and professional union between these two creative talents lasted for more than a quarter of a century.Time in the program is spent looking at their creative partnership and how they influenced each other’s.

Beginning in 1929, Georgia O’Keeffe began spending part of almost every year painting in New Mexico, first in Taos and later in and about Alcaide, Abiguiu, and Ghost Ranch. Her early subjects in New Mexico were the black crosses of the Penitentes. After her second and third trip to New Mexico, O’Keeffe returned home to the East Coast with an assortment of bone and skulls and used these images for her artwork. Later she captured scenes of the vastness and beauty of the landscapes of New Mexico. Photo images of O’Keeffe’s New Mexico homes tell the compelling story of her life in New Mexico with each home satisfying different aspects of the artist’s personal life. From these homes, she created paintings of the houses, surrounding landscape forms, and specific architectural components of the Abiquiu house. Her houses in New Mexico became essential elements in her painting. Ghost Ranch was isolated and gave her immediate access to the natural world. The Abiquiu house perched on a bluff overlooking the Chama River Valley made it possible for O’Keeffe to live more comfortably in the winter in New Mexico. Both houses are characterized by simple furnishing and minimalist aesthetics. By 1938, Dole Company invited O’Keeffe to the islands of Hawaii as its guest and, in exchange, requested two paintings of unspecified subjects for use in a national magazine advertising campaign. The Muscatine Art Center’s White Lotus was one of the paintings she created from Hawaii. During the 50s, O’Keeffe explored the world. She saw the world from an airplane and at age 78 O’Keeffe painted her huge Sky Above Clouds IV. In 1971, she realizes that she is losing her sight and in her 90th year, working with Juan Hamilton, she will turn to sculpture. Georgia O’Keeffe dies on March 6, 1986 at the age of 98 in Santa Fe, New Mexico and her ashes were scattered on Ghost Ranch, in the landscapes that inspired her.