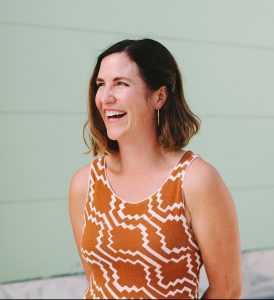 A Mississippi native, Jennifer Drinkwater is an assistant professor with a joint appointment between the department of art and visual culture and Iowa State University extension and outreach. She has a B.A. in both studio art and anthropology from Tulane University and earned an M.F.A in painting from East Carolina University. Her work has been featured in exhibitions and publications all over the United States.

In 2013, I began creating 168 Hours, an embroidered archive of 24 replicas of Time and People, two of the most popular weekly magazines in the United States. I use a deliberately slow, simple process of recreating a fleeting cultural image with thousands of tiny cross-stitches. 168 Hours combines two distinct cultural practices: our current obsession with 24-hour news and celebrity culture, and a centuries-old painstakingly slow tradition that teaches young women their cultural place in the world. In the 18th and 19th centuries, cross-stitch samplers not only taught young American girls basic sewing techniques, but also the alphabet, numbers, and morality through Bible verses and cultural scenes. Currently, the average big-box bookstore carries several hundred magazines, each of which is typically cycled out once a week or month. The extreme market competition for printed publications combined with the magazines’ very short shelf life makes for a thinly veiled spectacle. Covers are intense and designed to illicit an urgent purchase response. Yet a handful of days or weeks later, regardless of impact and story, the issue is replaced.

There are several interesting parallels between the form and content of these pieces. By replacing the pixel with a stitch, I carefully preserve rapid cycles of information and interrupt the seamless imagery to reveal each cover as an elaborate construction. The slow process of stitching is almost a meditation, as I am slowly absorbing our contemporary U.S. culture, hour by hour and image by image. The title of the series, 168 Hours, refers both to the numbers each magazine spends on the newsstand, and a rough estimate of time I spend stitching each cover. These 168 hours are simultaneously short and long. I exhibit these pieces in pairs by juxtaposing Time and People covers that were released on the same day, which documents contemporary American culture and invites viewers to formulate their own perceptions and connections between what they see. 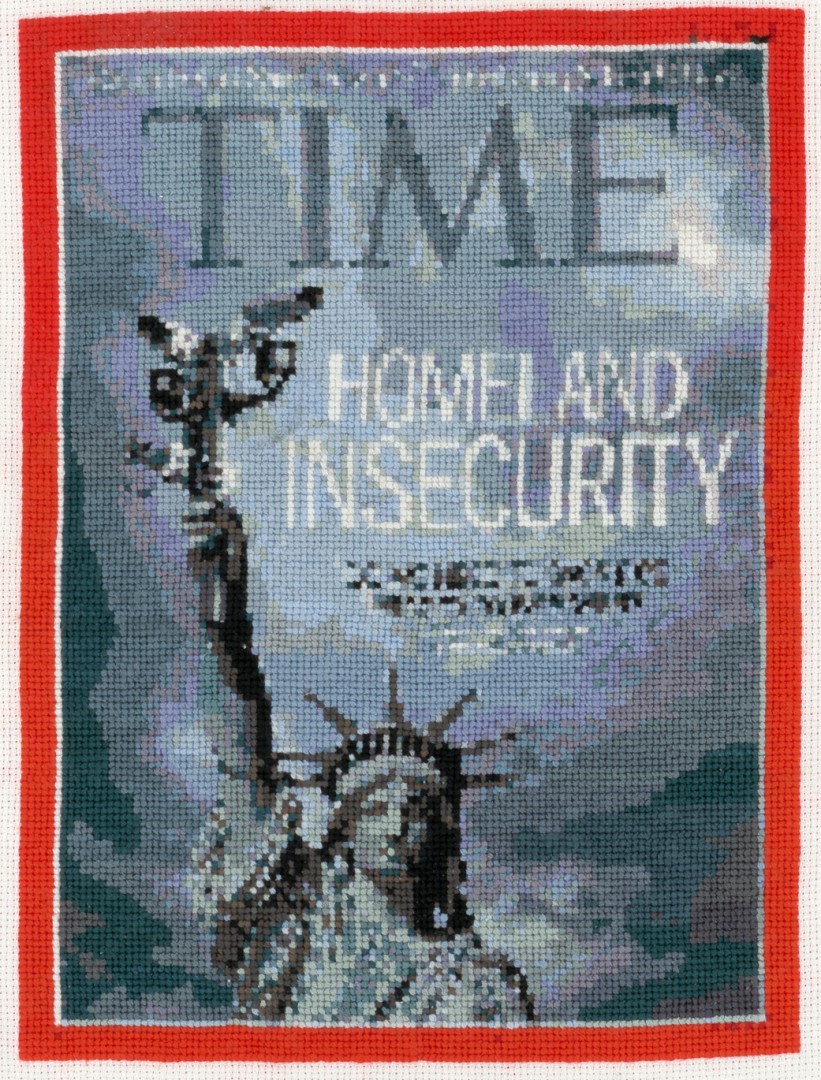 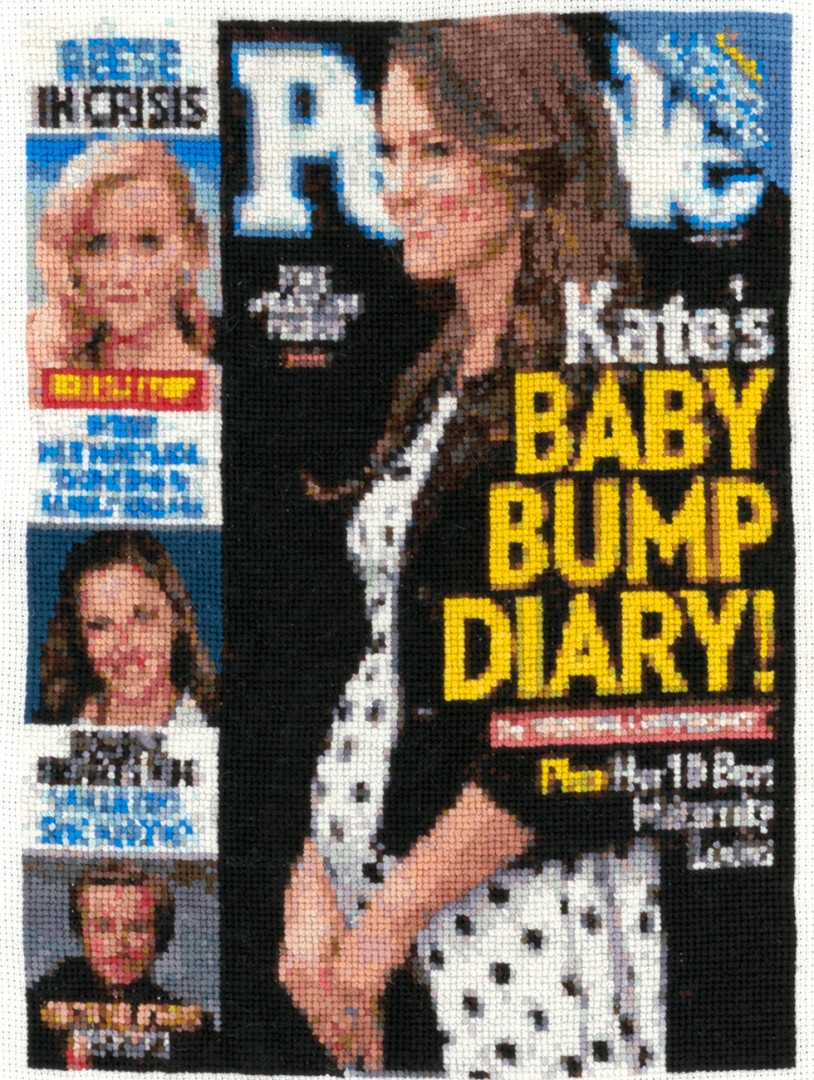