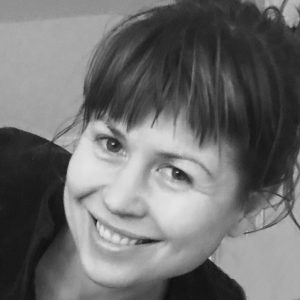 Stina Henslee is a mixed media artist and graphic designer, who relocated to Dubuque in 2020 from her hometown of Chicago. At the age of two, she decided she wanted to be an artist when she grew up, and spent her formative years obsessively drawing the Pegasus and other equine forms. In 1999 she spent a year in Helsinki attending a fine arts high school and then continued her arts education at Washington University in St. Louis where she studied Printmaking, German, and Art History. After college she spent 6 months in Berlin as an intern at the Double Standards design firm. Since then she has worked as a graphic designer, primarily as a book and catalog designer. She has shown at several Chicago galleries including, Heaven Gallery, Ugly Step Sister, Ampersand, Gallery Studio Oh!, Motherland, Scheme Gallery, and Drive Thru Gallery.

My artistic career is focused on the juxtapositions found in everyday life, specifically the whimsical and dark, and the comic and tragic. I strive to create images that embrace the concept of magical realism by melding the everyday with the fantastic, and always with a dash of humor. I often use anthropomorphic figures as vehicles for the human condition to portray loneliness, violence, and shame. Despite these themes, I approach each piece with as light a touch as possible. A friend recently told me that my work always has elements of cheesiness, but somehow is never actually cheesy. I come from an evangelical Christian background, a fact of life I have been mentally unpacking for the last several years. As I grow older, I am attempting to come to terms with my personal beliefs and what that means in terms of my lost faith. For the last year and a half, I have been creating a body of work regarding these personal developments. 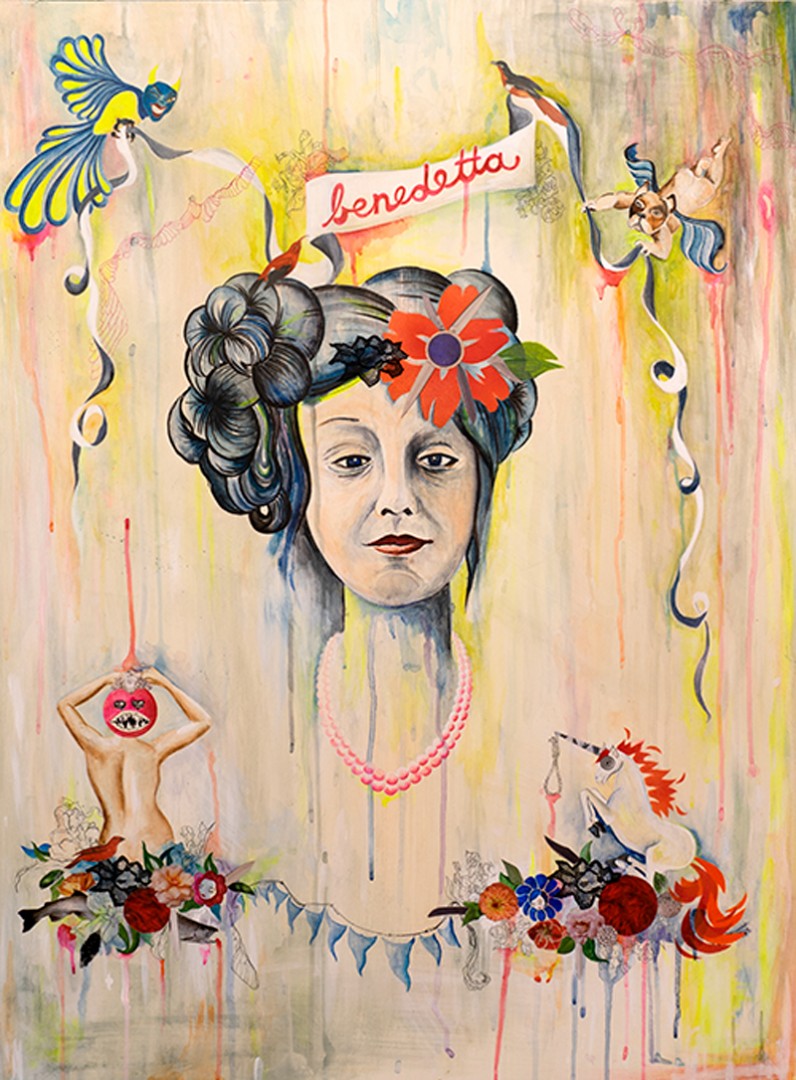 Stina Henslee, For Fanny Cassidy, 2021,
Ink, watercolor, spray paint, acrylic, and collage on illustration board, 30x40 in., Collection of the artist 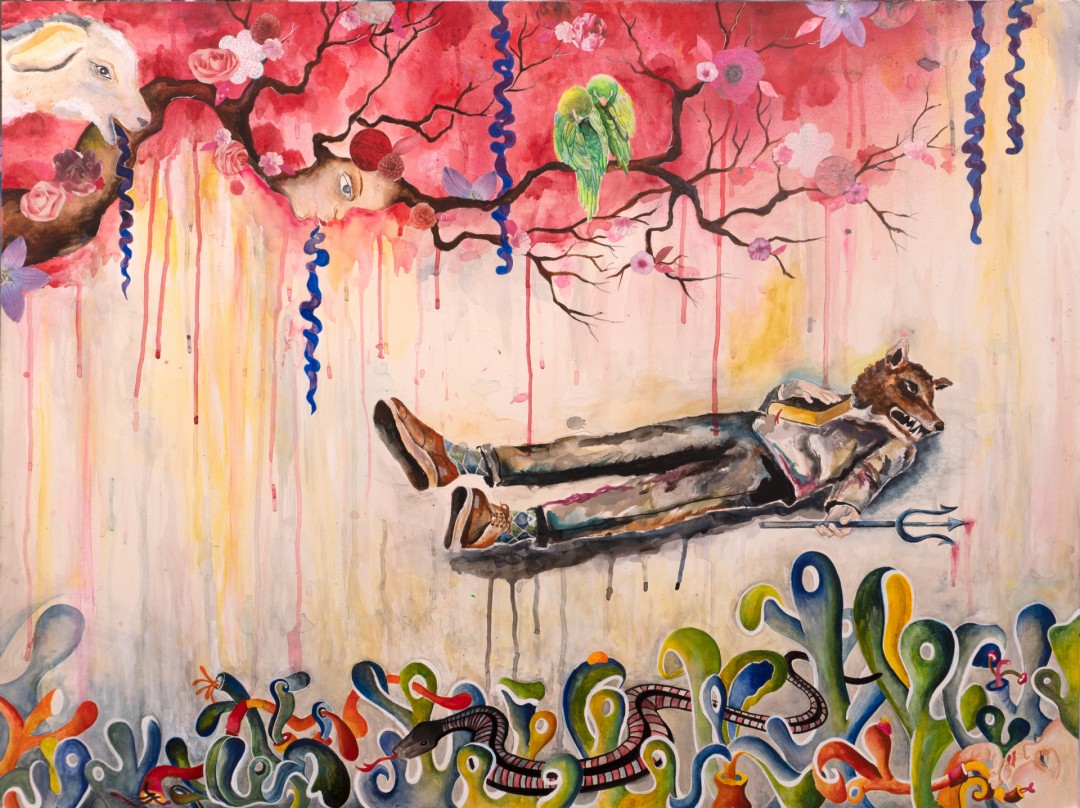 Stina Henslee, Matthew 10:16, 2021,
Collage, acrylic, graphite, watercolor, and spray paint on illustration board, 30x40 in., Collection of the artist 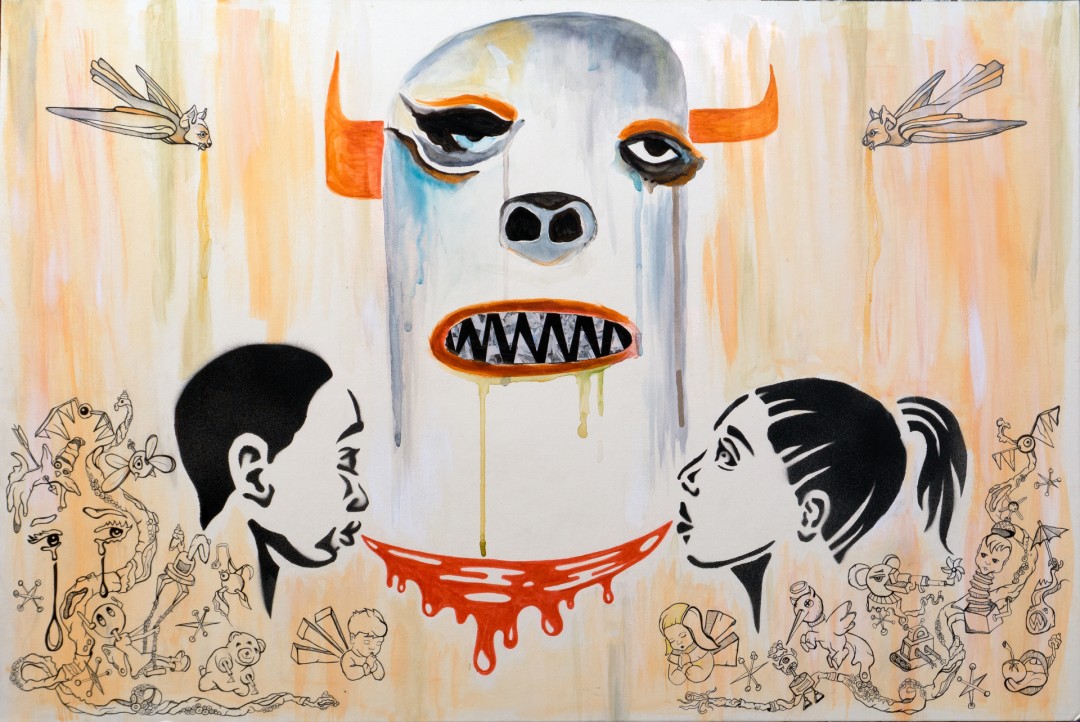 Stina Henslee, The Gum Analogy, 2020,
Spray paint, ink, acrylic, and watercolor on illustration board, 20x30 in., Collection of the artist