Suzan Rezac was born in 1958 in the Czech Republic. She received a Master of Fine Arts in 1983 from the Rhode Island School of Design in Providence, Rhode Island. Her work has been included in many significant gallery and museum exhibitions nationally and internationally. She has received awards from The Society for Midwest Metalsmiths in 2010, The Elizabeth R. Raphael Founder’s Prize from the Society for Contemporary Craft in 2001, the Dr. Herbert Hofmann prize in 1982, Munich, Germany, and a National Endowment for the Arts Craftsman’s Fellowship in 1984. Her work has been featured in many prestigious publications and can be found in the collections of the Racine Art Museum, Racine, Wisconsin; the Philadelphia Museum of Art, Philadelphia, Pennsylvania; the Houston Museum of Fine Art, Houston, Texas; the Smithsonian Institution, Renwick Gallery, Washington D.C.; The Museum of Fine Art, Boston, Massachusetts, the Swiss National Museum, Zurich, Switzerland; the Los Angeles County Museum, Los Angeles, California; and the Dallas Museum of Art, Dallas Texas among others. 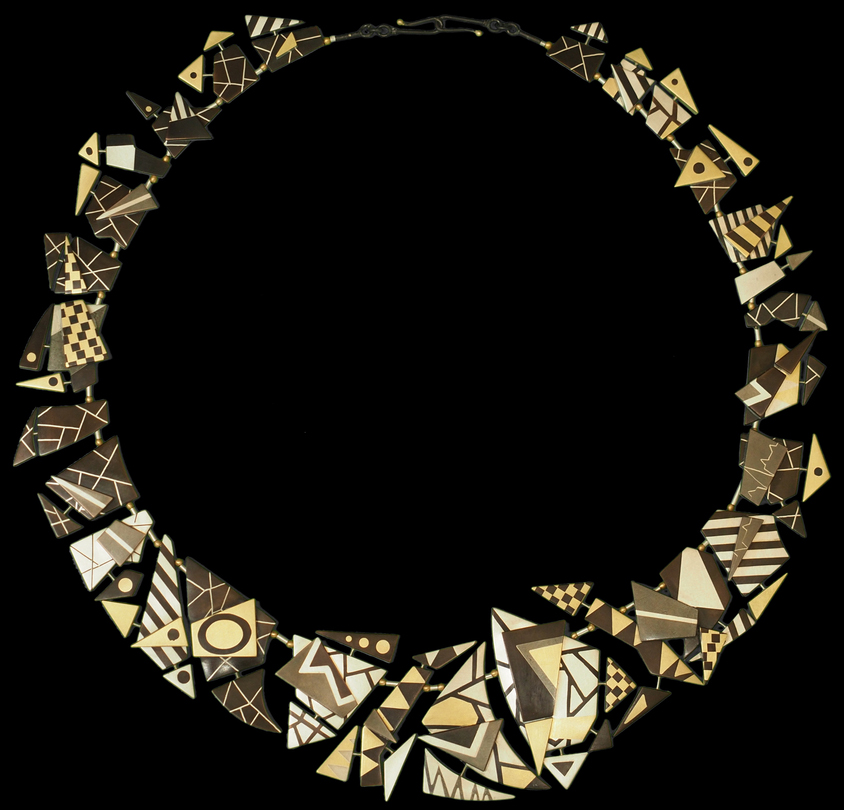 This necklace is about COVID-19 and its impact on our lives. Broken patterns, shards, left intentionally vague and abstracted, represent memories of events that had come to pass. 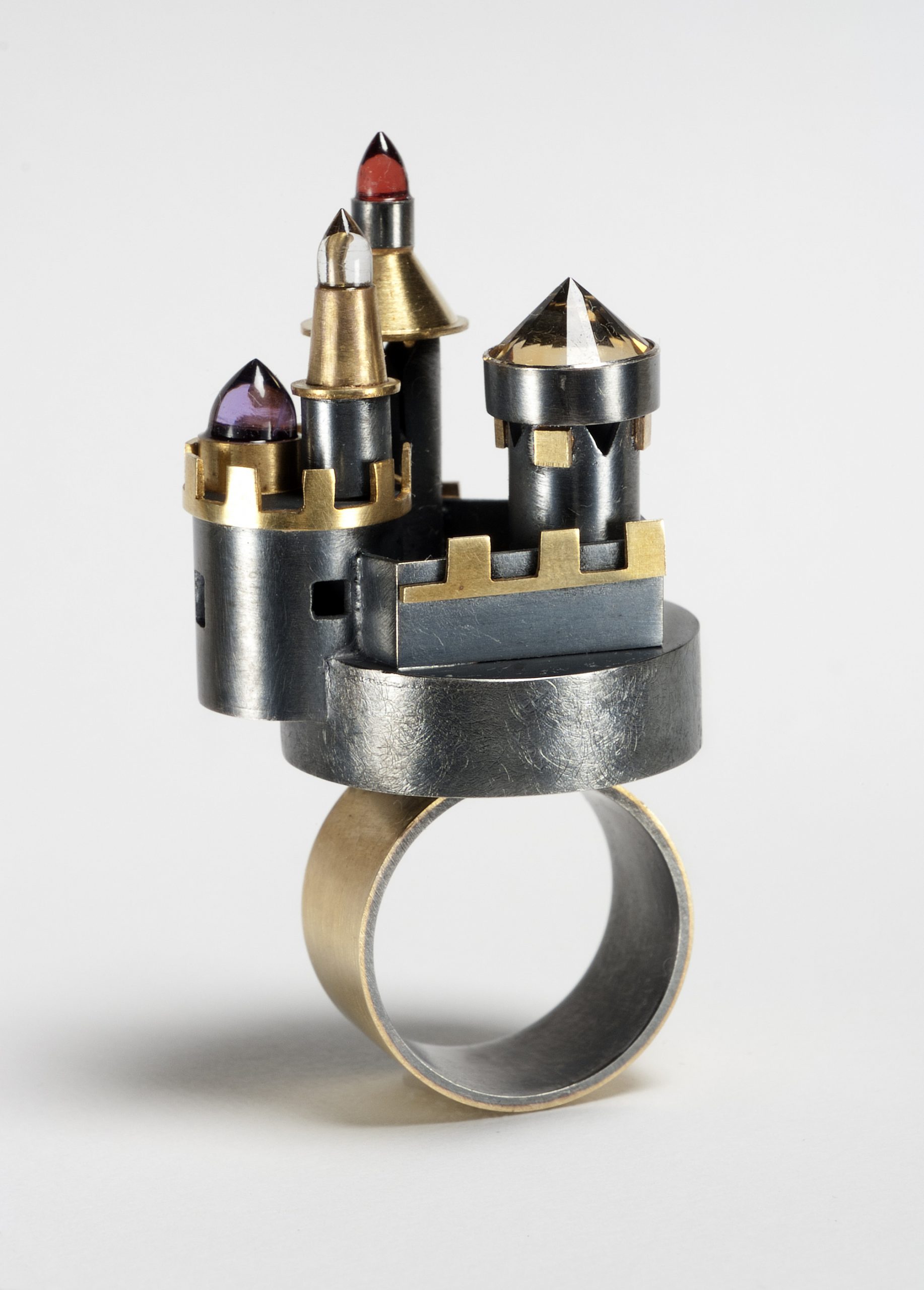 I visited the Bordeaux region of France. Hanging on cliffs, medieval castles stoically endure, reaching to the sky for protection and salvation. 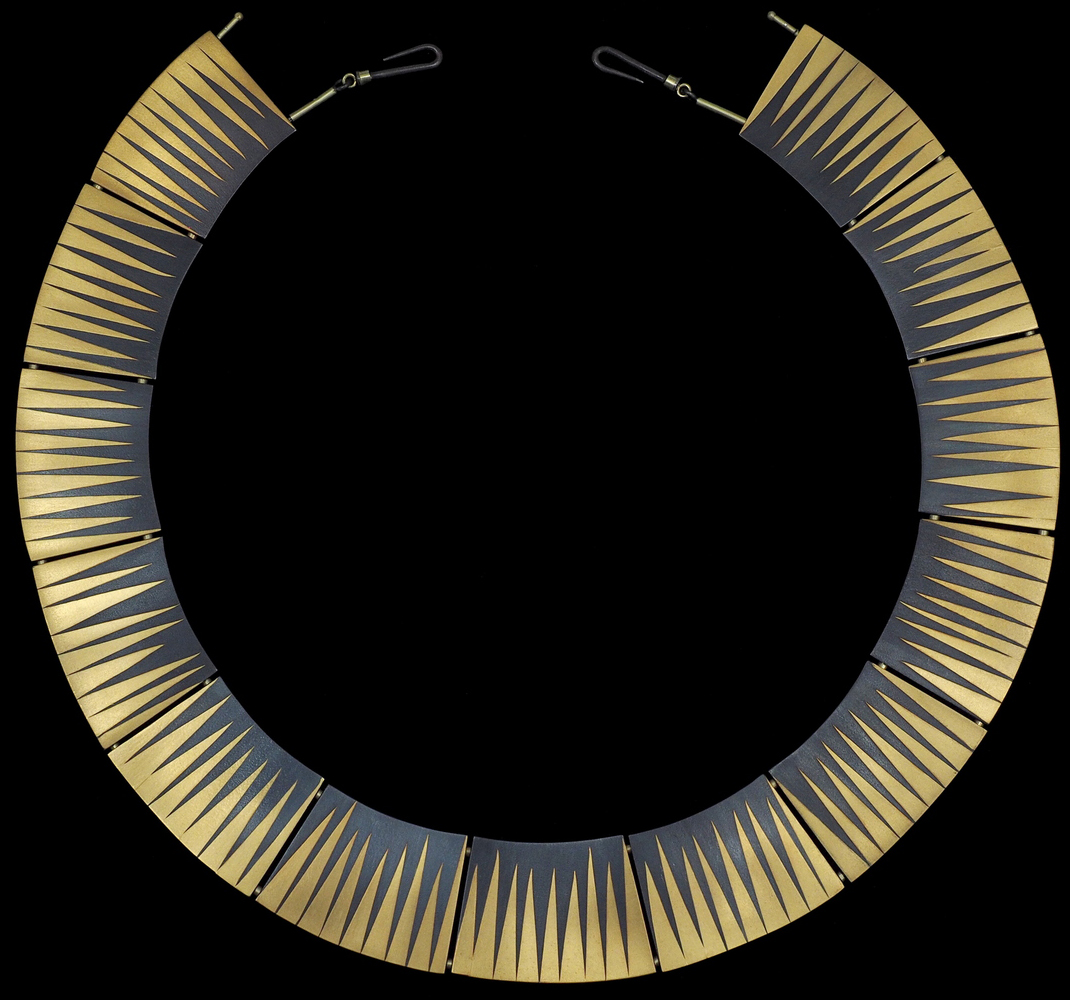 Eclipse, 2018, Constructed and keum-boo oxidized sterling silver and 24k gold, 8.25 in. diameter, Courtesy of the artist

A rare event is documented in this necklace. The Egyptian God, Ra, dons a mask to hide his radiant face.